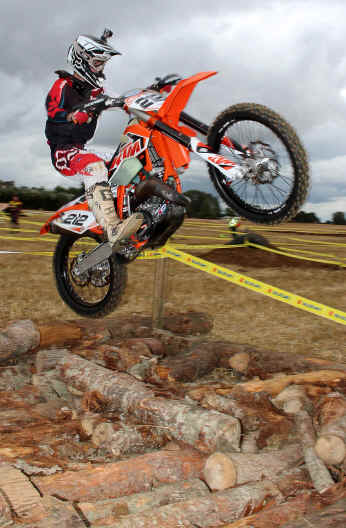 Ali’s Arena at Long Furlong farm near Catesby, Northants, provided a terrific venue for this years Endurofest, sponsored by Lucas Oils and organised by Nigel Wheatley and the Enduroland crew. This huge venue provided a 12-minute XC lap and a tight but interesting Enduro-X course, which was the focus of attention on Saturday evening.

The Endurofest Lucas Oils Youth XC race had run earlier in the day and a two-hour quad XC race began just before the enduro-X event and it was quite a spectacle to see the quads battling as a backdrop to the enduro-x arena. 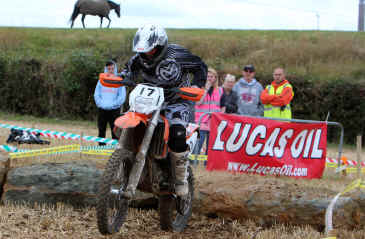 On a freshly cropped, billiard table flat field the enduro-x course drew spectators attention from the moment they entered the venue. It was a tight and twisty technical course with all the usual obstacles of logs, rocks, jumps and whoops packed into a small arena. 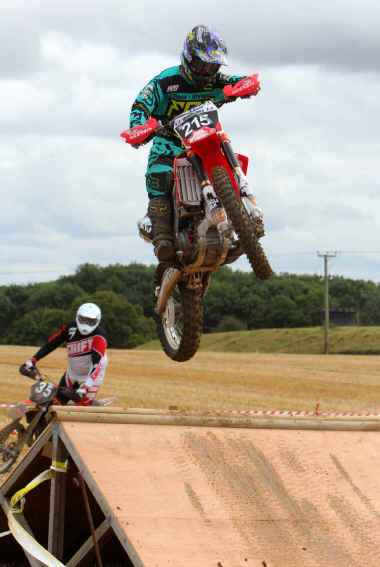 Competitors had plenty of time to practice on the course and refine their techniques ready for the race against the clock, which started late afternoon. Each rider had three timed laps to determine the winner of each class with each class winner taking part in a combined final at the end of the evening.

The faster riders were posting times of around 40-seconds to complete the lap which meant there was no room for error but, as is the nature of enduro-x racing, there were plenty of errors to entertain the crowd.

The course itself was fairly straightforward except for the finishing straight which held the whoops section. Almost all riders struggled with this part of the course; the whoops were very close together and didn’t allow riders time to get into a rhythm. Many started the section well but were caught out as momentum forced them to gain pace with results all too predictable and often spectacular results.

There were two types of log section; loosely placed small logs contained in a pit and loosely placed large logs with a very slight amount of movement which unnerved all but the very experienced riders.

Jumps were short and steep and the smarter riders soon realised that although massive leaps looked good, they added precious time to the lap so tight control was the order of the day.

Riding against the clock is very different to riding in a pack of riders and it took plenty of motivation to get the fastest time in the heats with no one else on track to compare progress with.

The two Boam boys Matt and Dan are very experienced at this type of racing and cruised around the course with ease although even they both found it difficult to get into a rhythm on the whoops. Much to their surprise it was Veteran Neil Duffy who made the greatest impression with his ferocious attack of the course in all three heats.

Although a class win was important, it was the group final that was the ultimate goal for most riders. 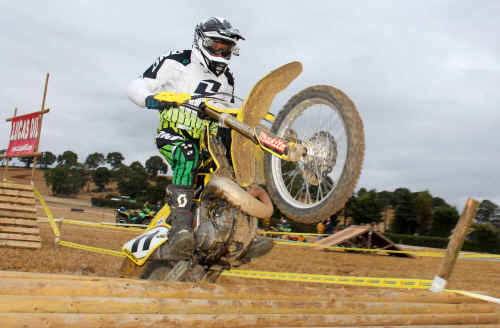 Dan Boam rode outstandingly well to take the Elite class and a well-deserved place in the final but he had serious competition on the form of Vets winner Neil Duffy who had ridden faultlessly in the heats. Tim Hammond took the Youth class win and Brian Till nailed the Sportsman. They were joined in the final by Paul Hanks, winner of the Clubman class and Supervet winner Ross Dover.

Both Boam and Duffy were in for a shock when the combined final got underway as Ladies winner Nieve Holmes took the lead with her trademark holeshot and was halfway around the lap before Duffy’s overtaking move saw her hit the deck at the log section.

Unable to recover in such a short lap, Holmes watched the field stream past with Duffy taking the win and Boam second but she had impressed many with her performance on the evening.

The quad race drew to a close as the enduro-x heats were wrapping up. The overall win went to 450cc Clubman rider Josh Waring with Andrew Homer second in class. In the Elite ranks Mitch Couzens was top dog ahead of Shaun Murphy and Jordan Turnock. Matt Leggett beat Gary Bacon and Craig White to the line in the Rookie class while Dannii Leggett headed the 250cc Plus class with Josh Down and Andrew Perring in second and third places. Joe Bacon took the Youth class win ahead of Wilz Booth while Pete Strickland won the 4x4 class with lone sidecar riders Lee and Neil enjoying themselves in the lead-up to Weston Beach Race. 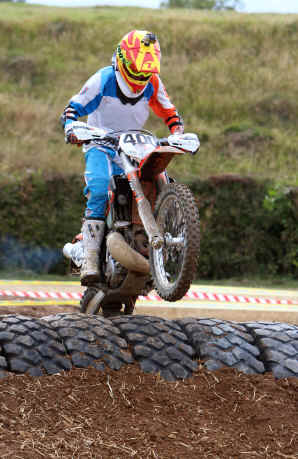 Earlier in the day Callum Sedgwick took the honours in the Youth Xc race followed by James Dover and Stellina Blooman in the 85cc BW class while Chris Bailey took the SW85cc win ahead of Mitch Parkes and Travis Field. Joe Cornelius was top 65cc rider followed by Rocco Fiori and Enrico Fiori in second and third places. Rhys Hill took the Auto class win.